Taylor got a yellow belt!

My youngest son (Taylor:6yrs) is a karateist ... he is learning Karate, a little while back we all went to a camp site with the Karate club where we played games into the night with the instructors .. was good fun even for us non-karateists .. anyway ... also on the camp most of the members did their grading, Taylor was a little disappointed because he knew he'd made a couple of mistakes but a few days later he was told that he had passed and got his belt and certificate , On hearing his name called out, he was beaming from ear to ear, the little kid with the big smile in the top left hand corner of this picture is him .. the rest are doodles drawn while at the outlaws. 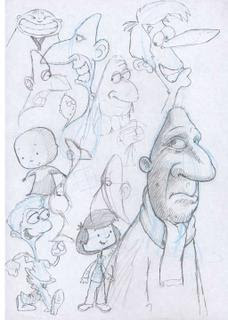 Billy Allison
I'm 49 and I live with the loverly Shelly and my two boys; Clay and Taylor.